This is the next installment of my vintage fashion series (not as long as the last one) which covers the 1930’s & 40’s. 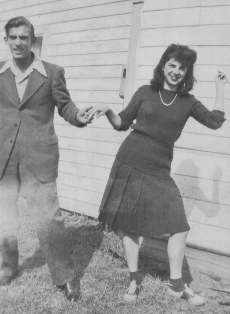 My mom loved to dance.

This era is very near and dear to my heart because that was the time my mother and her sisters were in their teens and early 20’s and thought they were “the bees knees” of fashion. They apparently loved to ham it up for the camera and so there are lots of pictures from that era.

I have also included a couple of pictures of vintage reproductions that I have sewn. I am planning on creating more in the future. So stayed tuned for that

I hope you enjoy my family vintage photos as much as I do. They are first hand memories of the fashion of the times.

My mom on the left and her sister Marie sunbathing.

Suntans (called at the time “sunburns”) became fashionable in the early 1930s, along with travel to the resorts along the Mediterranean, in the Bahamas, and on the east coast of Florida where one could acquire a tan, leading to new categories of clothes: white dinner jackets for men and beach pajamas, halter tops, and bare midriffs for women. 
Fashion trendsetters in the period included The Prince of Wales (Edward VIII from January 1936 until his abdication that December) and his companion Wallis Simpson(the Duke and Duchess of Windsor from their marriage in June 1937) and suchHollywood movie stars as Fred Astaire, Carole Lombard and Joan Crawford.
Fashion and the movies
Throughout the 1930s and early ’40s, a second influence vied with the Paris couturiers as a wellspring for ideas: the American cinema. 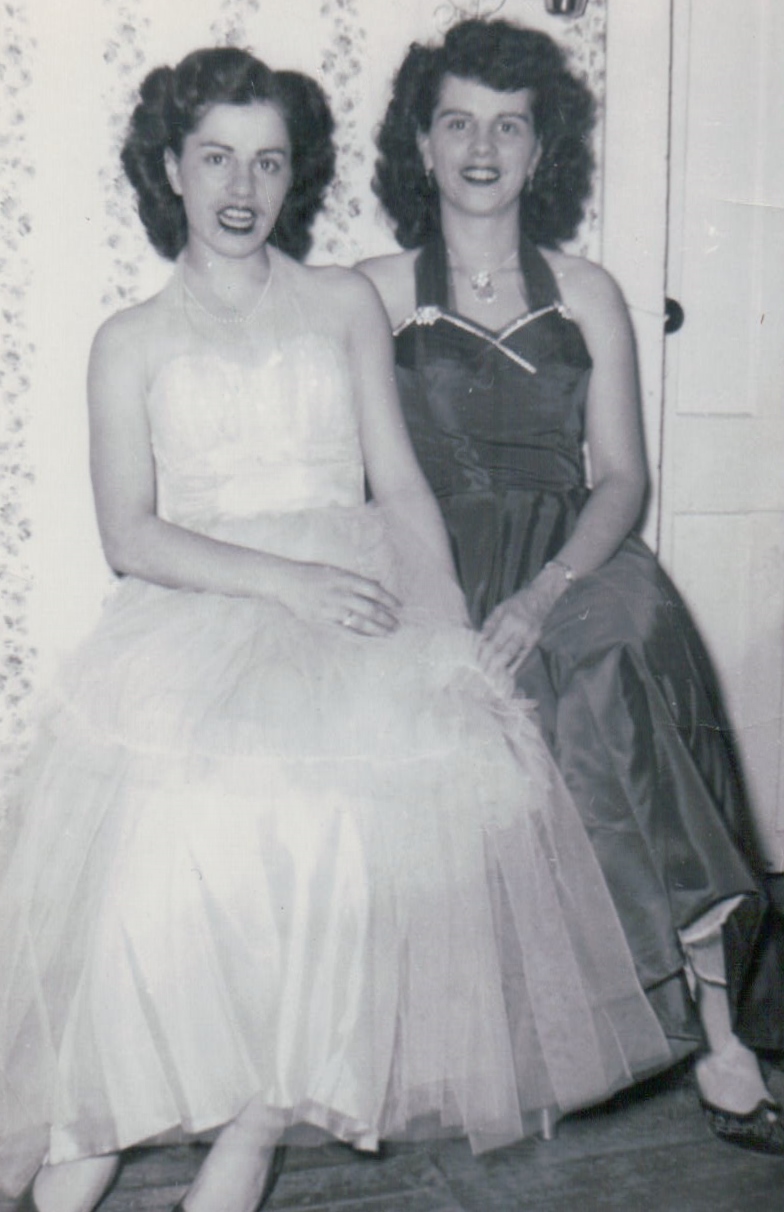 Vogue credited the “Scarlett O’Hara” look with bringing full skirts worn over crinolines back into wedding fashion after a decade of sleek, figure-hugging styles.Lana Turner’s 1937 film They Won’t Forget made her the first Sweater girl, an informal look for young women relying on large breasts pushed up and out by brassieres, which continued to be influential into the 1950s, and was arguably the first major style of youth fashion. 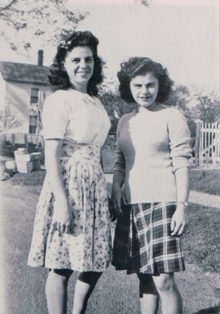 Feminine curves were highlighted in the 1930s.

Through the mid-1930s, the natural waistline was often accompanied by emphasis on an empire line. Short bolero jackets, capelets, and dresses cut with fitted midriffs or seams below the bust increased the focus on breadth at the shoulder. By the late ’30s, emphasis was moving to the back, with halter necklines and high-necked but backless evening gowns with sleeves. Evening gowns with matching jackets were worn to the theatre, nightclubs, and elegant restaurants.

My mom (right), her sister-in-law Stella (middle) and her sister Jean on the left

Skirts remained at mid-calf length for day, but the end of the 1930s Paris designers were showing fuller skirts reaching just below the knee; this practical length (without the wasteful fullness) would remain in style for day dresses through the war years. 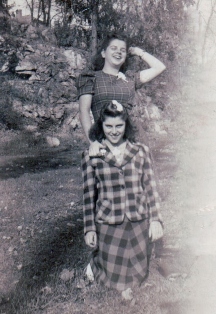 My mom and I think her sister my Aunt Eva kneeling 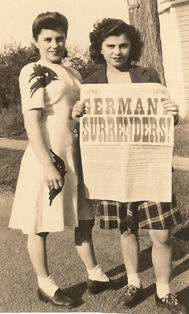 My mom and her sister Eva holding the paper announcing the end of the war.

Wartime austerity led to restrictions on the number of new clothes that people bought and the amount of fabric that clothing manufacturers could use. Women working on war
service adopted trousers as a practical necessity.
Most women wore skirts at or near knee-length, with simply-cut blouses or shirts and square-shouldered jackets. Popular magazines and pattern companies advised women on how to remake men’s suits into smart outfits, since the men were in uniform and the cloth would otherwise sit unused. Eisenhower jackets became popular in this period. Influenced by the military, these jackets were bloused at the chest and fitted at the waist with a belt.

I wanted to include pictures for my family here. 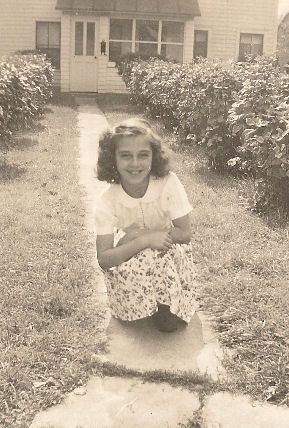 My Aunt Evy she is missed 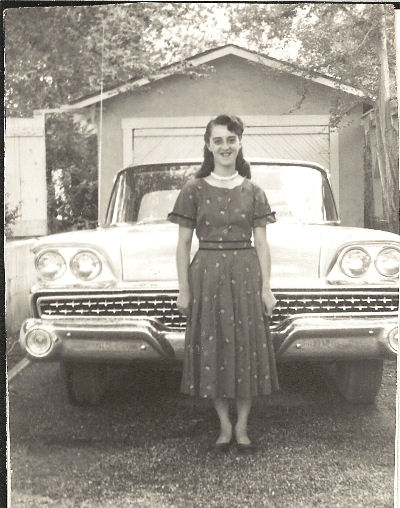 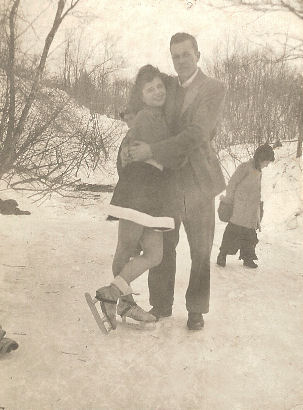 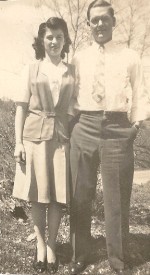 This dress is made from an apricot & rose floral chiffon. It was in the 1930’s that the handkerchief skirt first became popular.

In this case it was a piece of artwork created by a dear friend of mine Mary France Millet.

Mary Frances is a gifted artist. She has her art displayed and sold at local galleries, art shows and store fronts. She is a watercolor artist and instructor. If you are interested in seeing more of her artwork and classes  check out her website http://maryfrancesmillet.com/. I love collaborating with her and we are planning on more projects in the future so stay tune for updates.

So back to the project.  For this project  I decided to start with the artwork panel by Mary Frances Millet and build it from there.

The next step is to decide which fabrics I wanted to pair with the panel. Sometimes this offers the most difficult challenges. So many choices.

And now how to construct it with a mixture of laces, sheers and embroidery fabrics. I try out several combinations by pinning it to the mannequin. 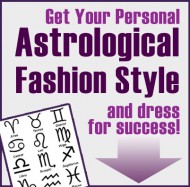 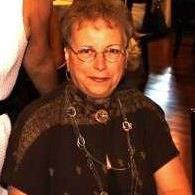